The Writer's Blog Tour - What I'm Working On...

The incredibly talented author and my friend, CaroleWilkinson, has tagged me for  "The Writer's Blog Tour".  The topic is what am I writing, so here goes.

What am I working on?
Working has been a strong word for it. I've been 'working' on my next YA novel for about 9 months, in between selling our home, moving from the town to the city and sorting out a few major family issues. I'm way behind where I wanted to be, but am enjoying the writing, which is the main thing. Normally a zero draft takes about six months, but this one has been harder simply as I've been pressed for time.
So what can I tell you about my new work? Not much?
I have a thing about talking too much about my work in progress too early as it seems premature and makes me feel very uncomfortable. I think what I'm trying to say is that I'm superstitious and not game to talk about what I'm writing too early. Guess it was like when I was pregnant. We waited 12 weeks before announcing our news - well I'm as caution with my current work. At the moment it's a jumble of words and ideas that, like a jigsaw puzzle, need to be solved. The characters are new and fresh as is the topic and I'm enjoying the process, though the research is ongoing. Once my publisher has read an early draft, I then am more able to talk about it.
How does my work differ from others in my genre?
This one is historical YA. That is all!

Why do I write what I do?
I love to explore tough topics and how my young adult characters cope in those circumstances. I love and am genuinely interested in young people and how they see the world, so that's why I write for children and young adults.
How does my writing process work?
For each book the process differs, but the bones stay the same. I have a notebook for each novel, and keep in there all notes, planning, editing decisions etc etc. The main reason for this isn't particularly fascinating. Basically, I tend to lose stuff, so keeping it in one book keeps it together.
For this book I also have a research journal filled with details about the era - the music, the brands, the celebrities, the main issues of the day. This is kind of organised into topics just to make fact finding easier.
When I write I aim for at least 1,000 words a day, but at the minute, 100 words is a bonus. Some days I'm knocking over 3,000, other days, just 500. I'll take what comes.
I know the work needs so much tidying up and rejigging (that's a technical term!) and sometimes that overwhelms me, especially as that deadline just sailed. However, I just tell that nagging voice in my head to shut up, and repeat the following mantra constantly.
Just write, fix it up when you're done.
So there you have it. I hope to share more details soon. It's a topic I'm horrified by and passionate about.
In the meantime, read about what Carole, Karen Tayleur and Corinne Fenton are writing.

The Next Big Thing...

Okay, so I have been tagged.
There's been a blog phenomenon doing the rounds called Next Big Thing, where an author writes about their current or next book.
I'm lucky enough to have been tagged by the lovely, and incredibly talent, Sue Whiting.

I have a bit of a problem with the Next Big Thing, and it's embarrassing to mention, but I will. I'm really nervous about sharing details about my work in progress. Call it superstition, anxiety or just craziness, but I'm not comfortable to do that until I've worked with my publisher.
I know - crazy!

But, for the sake of keeping the blog rolling, I'll suck it up and mix up my answers up - a bit of the old and a bit of the new.

2.      Where did the idea come from for the book?
My stories usually have three or four ‘sparks’ which collide to make up a story idea.
A few of the sparks for this one were that fantastic song by Florence and the Machine, Hospital Beds, my own experiences, the teenagers that are a part of my life, and lots of what ifs.

3.      What genre does your book fall under?
Behind the Curtain is a young adult novel, aimed at the younger members of that audience.

4.     How long did it take you to write the first draft of the manuscript?
This one has been tough as I taught part time last year, which ate into my writing time in a spectacular way. Normally a first draft would take me six months, but this one taken about twelve months. It’s been a very choppy, stop and start process. I’m very relieved to have reached the end of the first draft and rewrite. There’s so much more to go though.

5. What actors would you choose to play the part of your characters in a movie rendition?

Liam Hemsworth from the Hunger Games would be perfect as the charming and charismatic Hugh.

Ashleigh Cummings, who played Debbie in Puberty Blues, would be great as Eve. She’s such a terrific actress – strong and yet fragile.

While I’m on the Puberty Blues theme, Sean Keenan who played Gary, would be great as Eve’s brother, Thomas – he has that spark.


6.  What is the one-sentence synopsis of your book?
Eve Gilmore doesn’t share her brother Thomas’s excitement about travelling on the maiden voyage of RMS Titanic, more does she share her brother’s enthusiasm for the brash Hugh Worthington.

7. Will your book be self-published or represented by an agency?
Forget Me Not is published by Black Dog books, an imprint of Walker Books.
8.      What other books would you compare this story to within your genre?
Hmmm, that’s a toughie. Historical fiction novels.

9.      Who or what inspired you to write this book?
A combination of things – a visit to the Titanic exhibition at the Melbourne Museum and a conversation with my publisher Andrew Kelly. It wouldn’t have happened if it hadn’t been for Andrew’s interest and enthusiasm. I am so very lucky to have worked with amazing, passionate and talented publishers and editors – Andrew Kelly, Karen Tayleur, Maryann Ballantyne, Melissa Keil, Helen Chamberlain, Ngaire Ravenswood.

10.    What else about the book might pique the reader's interest?
The ocean, romance, adventure and disaster – what more could you want?

There you have it - the Next Big Thing.
Now it falls upon me to tag more authors. It's a busy, crazy time of the year, so I am rapt and grateful to very talented writers and dear friends Corinne Fenton and Bernadette Kelly for agreeing to be my 'tagees' You can read about their Next Big Thing on January 9 (or 10!)
Posted by Sue Lawson 2 comments 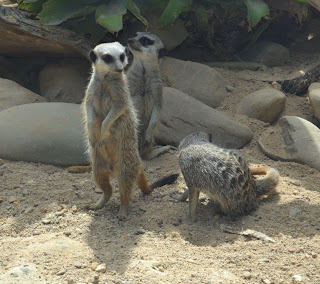 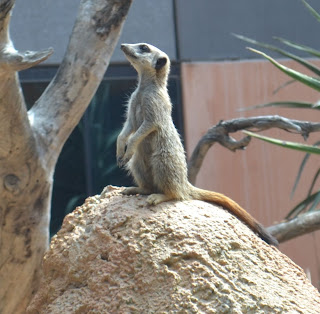 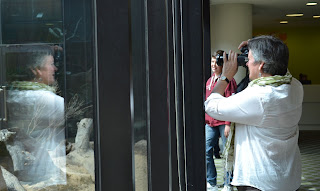 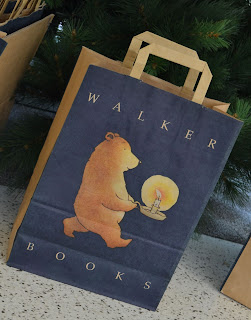 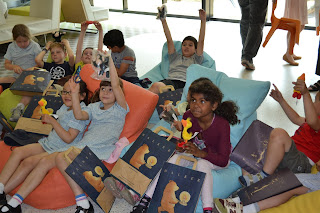 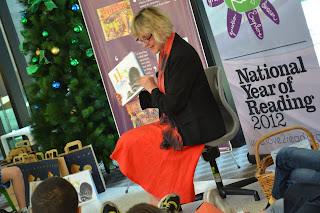 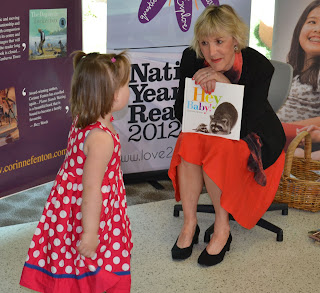 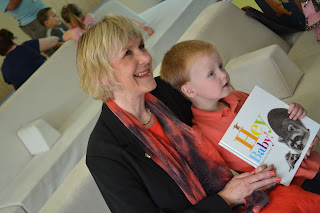 Friday I attended the Hey Baby launch at the Royal Children's Hospital. Such a lovely way to celebrate another gorgeous book by Corinne Fenton. 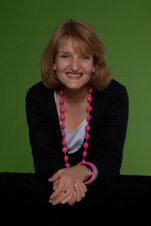